SUMMER 2018 - ILLUMINATING THE CASTLE - LET THERE BE LIGHT!

Last month members of Newcastle Emlyn Town Council spent a day replacing the flood lights illuminating the Castle. The previous ground positioned lights were constantly being vandalised so it was decided to replace them by erecting posts and having the new lights at high level.

Following a long drawn out process, from planning, consultation and permission from several different public bodies, the actual work was undertaken.

On the morning of 14th June 2018 the Castle Grounds were amassed with construction machinery at the ready, but were delayed for a while due to the archaeologist (who had to be present before any works could take place) having not arrived. After a few phone calls the missing person finally turned up and the work got underway under his watchful eye.
A specialist ‘ground drill’ supplied by Ceiros Davies Ltd. and operated skillfully by Alan Davies was used to bore holes for the lamp posts. Further excavation then took place to lay the underground cables. Fortunately, nothing untoward was found during the dig and the Archaeologist went on his way. 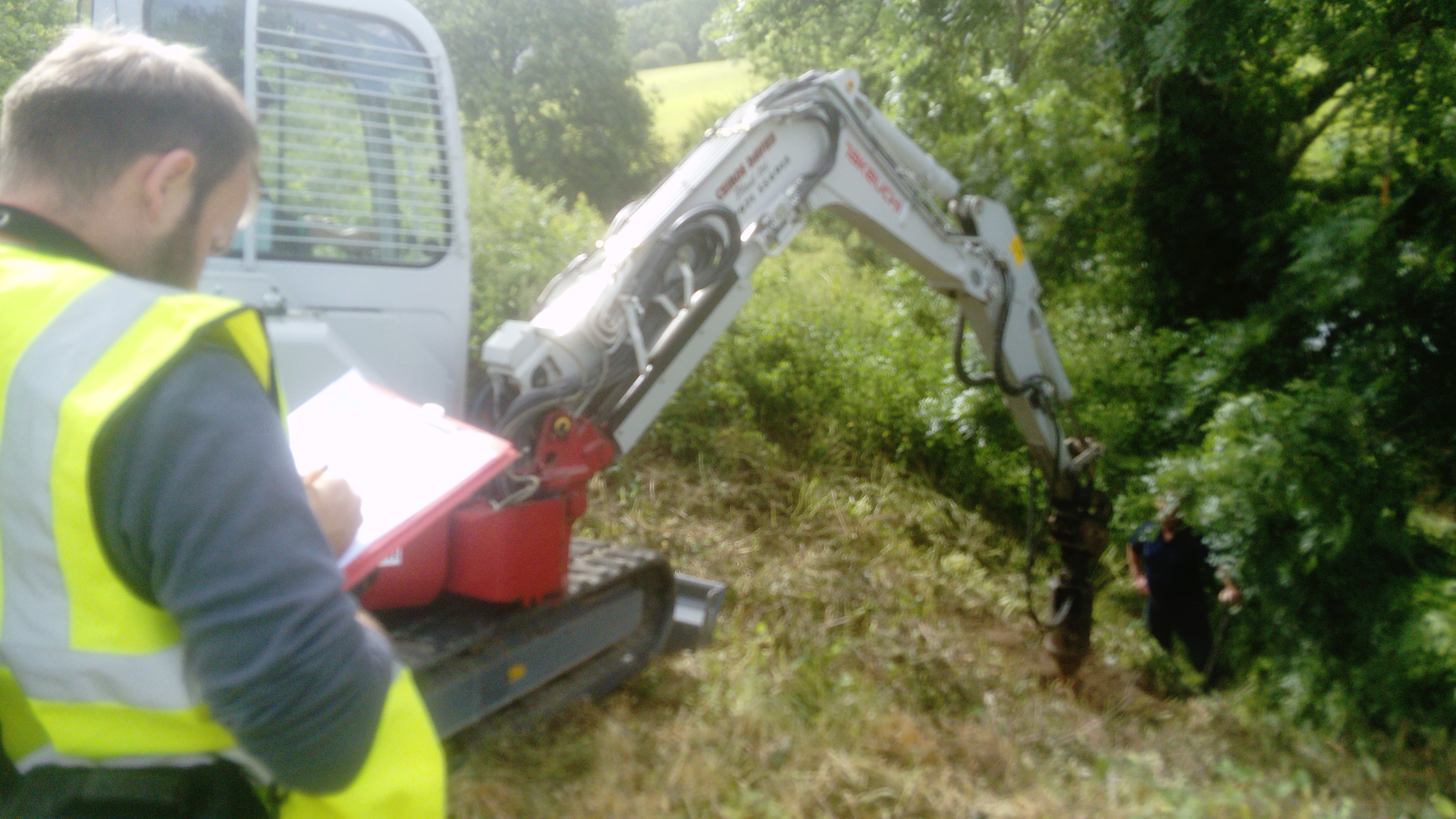 The Archaeologist keeping a watchful eye on proceedings.

Phase Three – enter the electrician Jo Thomas to carry out the fitting, wiring and connecting up of the lights using Mark Jukes’s JCB Telescopic Telehandler. A rather hairy experience to say the least on such uneven terrain.

A few days later the lights were turned on and the Castle was looking elegant and graceful showing off it’s ‘new look’ to all in the evenings. 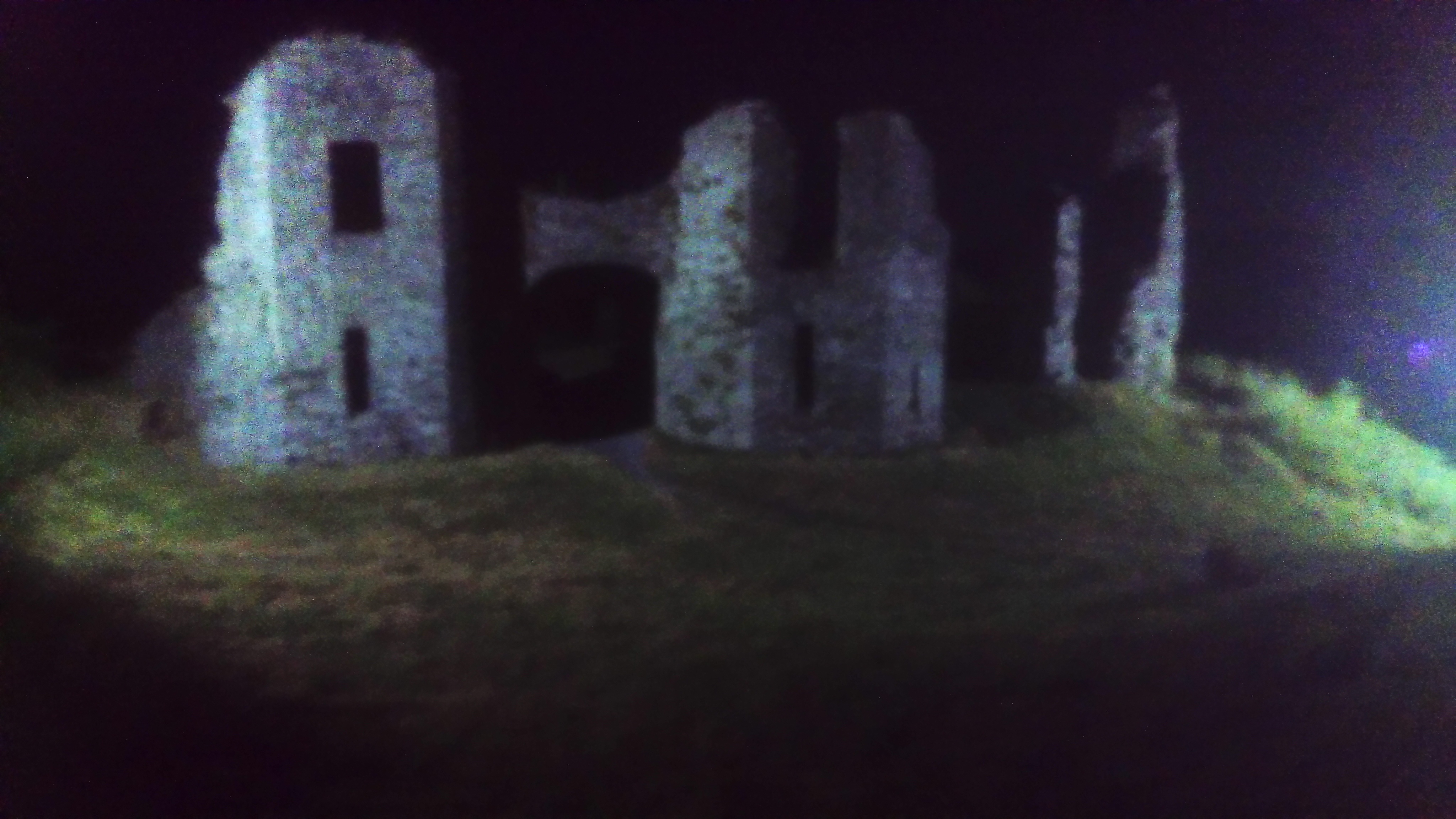 The Town Council will be erecting CCTV cameras to the posts at a later date, thus hoping to wipe out the unnecessary vandalism that takes place on the Castle Grounds at present.